Why Do So Many Great Entrepreneurs Stink at School?

What do Steve Jobs, Mark Zuckerberg and Evan Spiegel have in common? Well, apart from being world-changing entrepreneurs with multimillion-dollar tech companies, they all dropped out of school. And they aren’t alone, Thomas Jefferson, John D. Rockefeller and plenty of other amazing entrepreneurs have taken the same route. So, why is it that so many entrepreneurs seem to suck at school? I would cite three factors:

The learning culture cultivated in traditional institutions of secondary and higher education isn’t conducive to the success of great entrepreneurs. There are numerous issues with conventional learning culture, but two of the biggest problems are learning methodologies and success quantification. Unfortunately, in both high school and college, theory is king.

Specifically, most students listen to lectures and read textbooks and are then expected to understand the concept at hand. Don’t get me wrong; theoretical learning can be extremely effective. All entrepreneurs have to develop a theoretical understanding of any business they approach. However, for entrepreneurs, theoretical learning is most effective when it’s supported by tactile learning of some sort. In other words, the current learning culture is all talk and no action.

Instead of utilizing tactile learning styles, traditional institutions often test, which brings up the second issue: success quantification. Entrepreneurs are motivated by tangible results, for example, seeing a project through from conception to inception. In traditional learning institutions, success isn’t based on tangible progress but on grades, or as I like to say, “letters on a paper.” Success for an entrepreneur often means getting things done, which brings us to our second topic.

The combination of innovation and laziness

One of the things that make entrepreneurs so successful is their tremendous creativity. Some believe that this creativity comes from curiosity, others credit innate aptitude. Both are plausible, but over the years, I’ve met many entrepreneurs and become one myself, and I’ve developed another theory.

One of the biggest drivers of this entrepreneurial innovation, I believe, is laziness. We’ve all heard the saying, “Work smart, not hard.” This is a core belief for many entrepreneurs: By working smarter, many find they can be extraordinarily innovative and groundbreaking — and lazy — at the same time.

This is significant, because this often winning combination of innovation and laziness tends to go against the grain of traditional education, both directly and indirectly.

Schools across the nation believe in innovation, of course, though many are extremely slow to innovate. Bureaucratic structures and minimal funding often impinge on this ability.

But laziness? “Cutting corners” in school never gets rewarded. Many teachers even champion hard work by using a participation score as a means for assessing a student’s overall grade.

The final factor explaining why entrepreneurs stink at school is individualism. Every institution of learning has a social context, one that dictates “coolness.” And let’s be honest, it feels great to be accepted. For this reason, people usually subscribe to the culture. But ask yourself, when was the last time something ground-breaking occurred because people were going with the flow? Great change comes from contrarian actions, and contrarian actions come from people who exercise individualism.

Today, everyone acknowledges Steve Jobs as having had a brilliant mind. But before he was seen as this amazing person,  he was a nerdy guy who’d dropped out of college because it wasn’t the right fit and then taken a liking to calligraphy. Even now, it sounds pretty “weird,” but we can’t argue with his results. Great entrepreneurs champion individualism, and being an individual isn’t always the cool thing to do on campus.

“C” students, college dropouts and mediocrity: These are the last things we find ourselves thinking about when a successful entrepreneur is mentioned. To equate individuals like Steve Jobs with failure doesn’t make much sense, regardless of the context. Entrepreneurs see the world differently, so their habits, actions and definition of success may not help them much in the classroom, but we should all be glad that it’s what allows them to change the world.

Share this
Next: Having a Great Bod Is Actually a Means Toward Being More Productive
Have a project 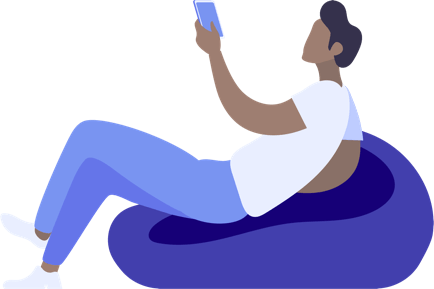